Ronald Araújo will undergo surgery this Wednesday in Turku, Finland 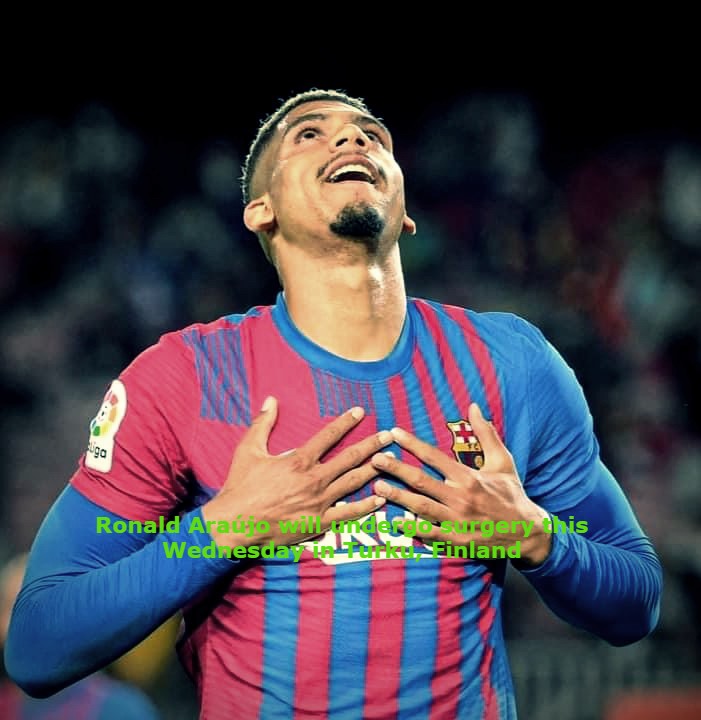 All told, he will be out of action for at least two months. He will miss all the matches of the first round of the Champions League, and will also miss the World Cup.

It goes without saying how dedicated the Uruguayan blood is and what remains is that Araujo does not want to lose a promising defender like him, neither the Barcelona board nor the fans. So Javi personally told him to undergo surgery. Yes, it will hurt us but it will be temporary. Uruguay will also lose a defender like him before the World Cup.

Finally, I want to come back very soon. Let the Blaugrana redo the jersey. Inform the Nou Camp of its existence.

Now there is talk of Araujo and injured, Kunde, and out for 3/4 weeks. So who is the replacement? I don’t know if there is any truth to the rumors, Xavi would prefer Marcos Alonso and Frenkie de Jong as CBS. Meanwhile, Frankie is out for a few days.

But if you think about the alternative, Alfa Dianco from the B team can give a chance to the first team. Both Senegal and Spain have e-nationality. Anuradha played 17 for Spain and 19 for Senegal. Came to Barcelona on loan from Granada. The loan transfer will end in 2023. The position is center back and right back can play both positions. Barcelona style, as well as speed, ball playing ability, one v one, and very good in the aerial. You can say the complete package

So if Barcelona can’t fully trust Hector, they can replace Arauho or Kunde with Alfa K at right back and CB.